If you like country music here’s what you’re doing this weekend. Friday night there are two winning options. Behind door number one, The Avett Brothers will be playing the LC. These guys project nothing but positive energy. Having seen them perform, I will vouch for their integrity live. Their sound is a culmination of blues rock, two tablespoons of Bob Dylan, and a pinch of bluegrass. Also, be sure to catch the pre-show act, Fox Valley Harvest, at the A&R Music Bar next door to the LC. Behind door number two, Granger Smith will be playing The Bluestone with Earl Dibbles Jr. This is your familiar, down-home type of country music. Smith will remind you about the magic and joy of simple things in life. Girls, cars, and driving down those backroads to your favorite songs.

Saturday there is a break in the concert action, but that doesn’t have to stop a true cowboy like you from making it out on the town. Come join the fun at Nyoh’s Buckeye Bar and Grill. Enjoy their deals like dollar cans of beer and line dance the night away with your friends.

Sunday you’re either on your way back to The Bluestone to see Sara Evans sing her heart out or heading to the Rumba Café to see Voice contestant Nicholas David play. Sara will make you find inspiration in heartbreak and lift your spirits. Without a doubt, you will leave her show with that raw, warm feeling that will tuck you in with a soft smile. David will leave you with a similar glow, however, he ventures further from the Country sound and into blues at times. The biggest difference between the two shows is the scale. Take your picking between the grand aesthetic of The Bluestone and the intimacy of the Rumba Café. There is no other way to end your weekend than with one of these excellent shows.

For those about to rock, we salute you, and here is what you’re doing this weekend. Friday starts the weekend off strong. At The Tree Bar, Surfer will be playing with Ipps and Rooms. This will be a California techno and punk rock night. It is a range of music, but Ipps in particular has that Cali-punk vibe. At the Ace of Cups, Pizzahifive will be playing with Girth and Minority Threat. This show is for the heavy metal fans out there, the headbangers, moshers, and crowd surfers. Also on Friday, POPGUN will be at the King Avenue Five. They have their roots firmly planted in punk rock. Any Replacements or Misfits fans should be finding their way there.

Saturday there are even more shows to choose from. Personal Public will be playing at the Newport with Zoo Trippin’ and Beyond Pluto. It’ll be some good roots rock n’ roll with a southern accent. The Tree Bar is hosting DipSpit with Jasper the Colossal and Scotty Boombox. DipSpit and Jasper play aggressive punk rock while Scotty and his boombox will be producing alternative techno beats to vibe to. At the Ace of Cups, Stinging Nettles will be making the place move with their riffs. They sound like the Stones were reincarnated in the 90’s with heavier distortion on Richards’ guitar. Last but not least, Andy Shaw and his band will be playing the Keystone Pub. These guys have found a middle ground between Zeppelin, 311, and Everclear. If that doesn’t sound like a killer show then what does?

If you’re looking for a rap or reggae show you’re going to be spending some time at Skully’s. Get up to North High Street for some lyrical talent. Friday night they are hosting Midnight Madness featuring numerous rappers. Then come back Sunday to see the Flex Crew drop some Rastafarian beats. They are practiced musicians and regular guests at Skully’s that put on a solid show.

If you want to hear some killer piano playing here’s what you’re doing this weekend. Check out King Avenue Five Saturday night to be sweetly serenaded by A.J. Croce’s and his pianissimo playing, though he isn’t without forte. Then Friday or Sunday night get on over to Big Bang Dueling Piano Bar which is exactly as it sounds. It’s some high energy, rock n’ roll piano playing done by hired entertainers. If one thing is certain, you’ll be singing along and dancing by the end of the night. Don’t miss out on the action!

A.J. Croce and his piano.

Every Weekend Night until 2:00 am 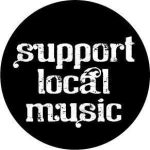