Kid Runner immediately struck me as a thoughtful, poppy, and electronic band. Many of their songs come across as “sparkling” for lack of a better term. Their sound makes you think about the stars which makes them perfect for a night time dance on the beach.

The Werks playing with their crazy light show.

Twiddle is opening the night with their well-crafted, seamless music. They often alternate, without missing a beat, between smooth rhythms and rocking electric riffs. There is clearly a lot of musicianship and thought that goes into their songs. The Werks will follow that up with their electric jams. Not to be corny, but they’ll give ya “the werks.”

The One-Eyed Show is closing out the nigh at Ruby Tuesday. They play a sun-touched rock n’ roll. For a comparison I’d use Free Energy. Both of these bands have the same upbeat kind of rock music. They avoid the grit but maintains the energy.

The Van Allen belt opens the night with some abstract, electronic music. On your first listen, it may seem like everything is off-tempo from one another, but it all comes together in an unsuspecting kind of way. The disorderly beats make it enjoyable to listen to because you can’t predict what’s coming next. Then Dan Deacon will take it to a whole new level. Dan Deacon’s style reminds me of the song “The National Anthem” by Radiohead because of how many different swirling parts there are. If you just listen passively it may all sound like musical gibberish, but when you focus in on the core beat everything comes together around it.

The Ark Band is a regular act on the national reggae circuit. They have played many choice festivals from coast to coast. Any reggae fans in Columbus, take the opportunity to go see them because reggae acts are few and far between in our city.

LO Pan is starting the night off with their particular brand of heavy metal. They actually bare some resemblance to some of Dream Theater’s heavier songs. For anyone who doesn’t know Dream Theater, they rock. So LO Pan can really play. Elder switches the style up a little bit. They tend to write epic songs that are 9 minutes and longer. Be ready to go on a ride every time they start a song because they take you on a long and exciting journey. Finally, Spirit Caravan closes the night with music that sounds like a combination of Clutch and Godsmack but slowed way down. This is sure to be a great show so don’t miss out!

Johnson getting funky on stage.

Johnson is headlining at The Tree Bar. Johnson plays really unique music because it seems to combine two genres. It takes Michael Jackson’s pop beats and crosses them with the genre of funk. This show will be just about as groovy and soulful as it gets. Funk music played over what sound like Michael Jackson beats. That’s hard to beat.

Cobra Verde is a band unjustly operating under the radar. They’re musical versatility is something to marvel at. They took The Rolling Stones’ “Play With Fire” and turned it into a dark, mysterious cover. They have also covered other songs like “Get The Party Started.” This is a band that has received praise from Rolling Stone Magazine. That praise definitely came about in part because of how they can play smooth rhythm songs but also rip into some awesome, old-school riffs.

PWR BTTM is a band that I would compare, at least somewhat, to the Violent Femmes. PWR BTTM’s song “Ugly Cherries” is a great showcase of all that they are capable of. That song features awesome (for lack of a better word) scaling that takes over in between verses but doesn’t distract from the rest of the song.  Palehound is an indie rock band with an alternative twist that plays everything from some simple acoustic songs to some heavily distorted material. Mitski follows suit in that sense, but with more of an emphasis on the heavily distorted walls of sound. 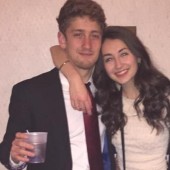