Sometimes it’s so obvious that you completely miss it. I’ve been listening to Native Harrow’s upcoming release, Happier Now, and playing the “who does this sound like?” game. I finally settled on what is likely a completely unexpected comparison (you’ll have to read the interview to see who I think Devin Tuel’s voice reminds me of) after considering Over the Rhine as a suitable answer. I asked Devin, who tours pretty much non-stop with multi-instrumentalist Stephan Harms under the name Native Harrow, and after hearing her answer, I couldn’t agree more (again, you’ll have to read to find out who people that watch the band live compare the music to) though, in my defense, Happier Now has more of a ’70s Laurel Canyon sound than the British folk-sounding 2017 double album, Sorores.

For Native Harrow, it’s all about playing music live, whether it’s on a theater stage, in the dark corner of a club, or in a living room – the duo played over 100 shows in 2018 including at least two stops in the central Ohio area (April at Brothers Drake, August at Thirty One West in Newark). They recorded the 9 tracks that make up Happier Now during a quick 3-day recording session in Chicago in the midst of touring last year.

Of course, the new year finds Native Harrow back where they feel most comfortable – on the road – and they’ve spent February opening for their friends, Great Lake Swimmers who they played shows with this past winter. The tour makes a stop at Rumba Cafe on Saturday night for a WCBE-sponsored show. Doors are at 8, Native Harrow should hit the stage at 9. Tickets are $12.

I’m not really sure how Devin found the time to answer questions I sent, but I’m glad she did.

Scrolling through your twitter feed, came across one from November 2018 (“Do you ever take a yoga class and spend the whole time imagining the teachers life outside the studio?”). I’ve never taken a yoga class and had that thought however when I go see bands play live, I do have those thoughts. So, if you don’t mind, tell me a little about your life when you’re not making music.

When I am not on the road or working on new songs I am typically out hunting for vintage clothes and antiques, on a hike, at our local coffee shop, or spending time with friends. It’s a pretty simple life to balance out the wildness of touring and just being a musician in general.

If you could title your fall run with Great Lake Swimmers, what would that tour have been called? Would the recent run of dates be a sequel (and, thus, the title be “Part 2”) or would you give it a new title?

Hmm, I think it would be fun to call the first tour, “The Getting To Know You Tour” since we were all learning who the other was and it was such a special and sweet time getting acquainted and sharing the stage with them every night. Part 2 could be called, “Now, Old Friends Tour” because they have truly become some of our dearest, lifelong friends and mentors.

Have you ever been surprised while on tour and had a friend or family member show up to see you in a city where you didn’t expect to see them?

Yes!! It was such a wonderful thing. We were in New Orleans playing a dive bar, pretty much broke after spending our money on a hotel room for the night. I was not in the right head space for the show and the bar was pretty dead. But just as we were getting up on stage my dear friend, Noelle, walked in. She lives in NY so to see her there was truly shocking and I had no idea if it was real for a brief moment. Turns out she was on a work trip and wanted to surprise me. It turned a pretty lame night into one of the best of that tour.

Before hearing your music, I read something about Native Harrow (could have been your bio/press kit, may have been an online review) that said your voice has a ’60s/’70s feel. So, on my first listen, I was trying to place it and (this is showing my age) my first thought was that your voice reminds me a bit of Olivia Newton John’s. Maybe the first time you’ve heard that maybe not. Maybe I’m crazy. When you’ve compared to other singers, what comparison feels like the biggest compliment?

Oh wow! That’s great. I’ve never gotten Olivia. But as a huge musical theatre dork that is high praise! I definitely get compared to a lot of different female singers, Joni Mitchell is probably the most common and the most flattering. But honestly, when people come up after shows and tell us that we reminded them of Led Zeppelin I feel like we are doing something right.

(YES!!! Check out this live performance of “Suzanne from the City” where you’ll hear why Native Harrow gets compared to Led Zeppelin)

If you found your passion for music as a child, who was the most influential person to introduce you to the music you wound up loving and what artist do you thank them for turning you on to?

My Dad. Absolutely. He is the Classic Rock King. I grew up listening to the Beatles. It was like church in my childhood home. He also taught me how to play guitar and we used to get the guitars out and sing and learn harmonies. He really nurtured that love of 60s/70s rock in me, and actually gave me his entire record collection a few years back.

I can’t say this for certain, but I think there are maybe 4 or 5 people who were in my high school at the same time as I was that went on to perform either in bands or as solo artists (there’s a guy who went way old school country, a guy who fronted an original metal band and now is the lead singer in two metal cover bands – Dio and Iron Maiden – and three who went on to form a quasi-jam band that had some regional success but never played shows out of Cleveland) although only one of them was active in bands in high school. Were you known as a performer in high school or do you think your classmates might be surprised to learn about what you’re doing now?

I was a massive theatre kid. I did band, choir, and drama, I took guitar lessons, and before all of that, I was a ballerina from age 3-16. I think pretty much everyone who knew me knew I loved the arts and I think it comes as no surprise that I stand on stage singing for my career.

What’s the biggest luxury you allow yourself when on tour and, on the flip side, what are some inventive ways you find to save money when touring? Did you learn that from another band and/or have you passed that on to other touring bands?

I’ve just started getting massages once a week. I have really bad tension in my neck and shoulders that can be quite painful and I’ve finally started addressing it in a real way. It totally feels like a luxury. On the savings side, now that we don’t sleep in our van every night at a rest area, I’d say the biggest savings comes from not drinking. I don’t like alcohol and so I feel like I save some money there.

You are hours into a drive between tour dates and it’s 3am. What music do you play to keep yourself awake while driving?

Either Henry Mancini or this amazing Turkish artist Erkin Koray.

Tell me about an event from your youth that would make a decent 75-minute Netflix movie?

My sisters and I had really incredible imaginations as children and we would come up with entire worlds of existence, like fairies, or witches, or characters from the Lord of the Rings and we would design everything in our minds from our houses and clothes to our jobs and then we would play for hours inside that world. I think if there is a way to capture that sense of imagery and bring those worlds to life it would be a sweet homage to my childhood. 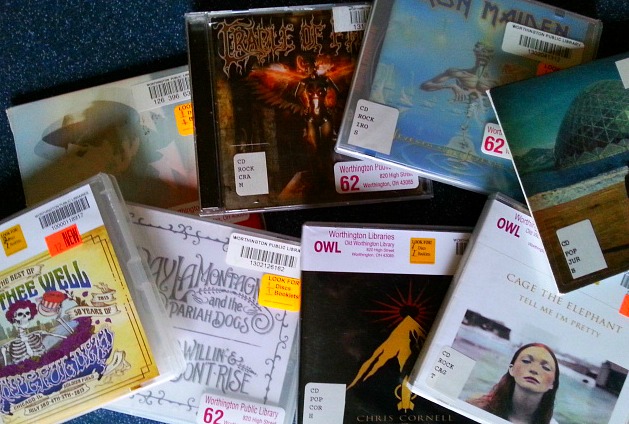 Check this out! How the library decides what CDs to stock. 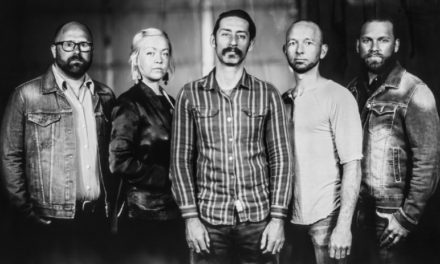