These observations are based on my experience at ROTR and filtered through my own musical history and sensibilities. You will almost definitely disagree with some or all of what follows. If that’s the case, feel free to lambast me in the comments, tell me what great shows I missed, or simply write your own review.

Here are the bands I saw. If you saw a great show that I missed, be sure to let me know. Again, you can call me names while doing so:

I’m not sure whether the promoters of ROTR consider it a festival, but until they allow re-entry, this will just be a three-day concert. From a business perspective, prohibiting re-entry makes total sense: get people in, ensure the only way they can survive is by purchasing grotesquely over-priced food and drinks, ride the ridiculous margin all the way to the bank. But from a customer experience perspective, prohibiting re-entry forces attendees to consider many tradeoffs, most of which negatively impact the experience.

I think these were supposed to be “nachos”

For example, at a true festival your vehicle is your home base—a fueling station and brief reprieve from the chaos around you. If there is a three-hour gap between bands you want to see, head back to the car and hang out. Not the case at ROTR. You’re stuck. So now you have to seriously consider missing that band you wanted to see early in the day because you’re not thrilled about the idea of enduring a three-hour trough of boredom in midday heat. Oh, and your cell phone is going to die unless you keep that baby in airplane mode.

Maybe I’m just not as hardcore as I used to be. Maybe I should spend that downtime discovering new bands. Maybe I should be allowed to leave and come back. At the least, I hope this is considered for next year.

Reasons I was pumped for this year’s installment of ROTR were largely rooted in the amount of great nineties bands on the lineup. Yes, I realize most of those bands have gone on to achieve continued success and relevance well beyond the golden decade, but the nineties were my formative music years, and I was looking to relive those glory days. It didn’t disappoint.

I was awash in nostalgia as Smashing Pumpkins ripped through Cherub Rock, Disarm, Zero, and Today (I spontaneously hugged two random guys during the intro of the latter). I sung along with the crowd during Bush’s set which was heavy on hits from Sixteen Stone, one of the first CDs I ever bought.

Alice in Chains flawlessly performed the hits I had only previously heard on WMMS while cruising around Northeast Ohio. Soundgarden were like ambassadors from another era, reminding us how this whole thing was supposed to work. How many drummers has Matt Cameron influenced? How many singers try to be like Cornell?

My brother bet me they would perform “Spoonman.” I was skeptical. I lost.

That being said (and I’ll probably get destroyed for this), the most surreal moment came on Friday while watching Oleander perform “Why I’m Here” and “I Walk Alone” off of February Son. I was immediately taken back to the driver’s seat of my Ford Taurus, cruising toward Stow High School, listening to WSTB. Ah, the associative power of music. Good times, man.

I’m assuming the combination of established and relatively new bands contributed to the success of ROTR this year. Fingers crossed that next year can be just as powerful (e.g. TOOL, Rage, and Deftones mixed with Gaza, Torche, and Skeletonwitch).

On paper, this seemed like a terrible idea, but the comedy tent was the jam. And not even because of the comedy! It offered relief from the elements and a full bar with the best drink special of the festival. Every beer on the grounds was $8. In the comedy tent, you could get a double shot of any liquor for $10. My only regret about the comedy tent is not going in sooner.

To be fair, I did catch part of some act between sets on Saturday and I chuckled mightily.

When you’re on the field, you can either watch from a comfortable distance and enjoy your personal space or you can venture deep into the crowd, pressing toward the stage in an effort to get as close as possible. For the bands I was really excited about (see above) I wanted to get as close as possible. However, doing so means you can really only watch half the show. The other half is spend nervously turning around to make sure a rogue wave of crowd surfers isn’t about to kick you in the back of the head and/or propelling said crowd surfers forward. Totally worth it, though, even if I did take a boot to the dome.

Oh, the glorious people of ROTR. We come from all strata of society, but for these three days we are united by a love for music. I rubbed shoulders with Juggalos, a man dressed as Jesus, so many people in Spider Man shirts (seriously, what is the deal with people not just owning Spiderman shirts but looking through their wardrobe the morning of the festival and deciding that of all the shirts they own, they are going to rock Spidey at ROTR), the tattooed, the pierced, the pale, the drunk, the sober, the young, the old, the toothless, people in boat shoes, and my homie Dexter. Dexter, I see you. It was a fascinating cross section of humanity and I think I speak for us all when I say we had a great time. Especially this guy. 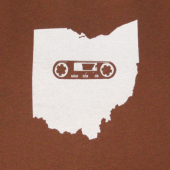