Show Preview: Mastodon and Coheed and Cambria at Express Live

It’s Memorial Day weekend and the unofficial kick off of summer. That means pools, cooks outs and the return of outdoor concert season. Yes, yes, we know Express Live outdoors already has several shows under it’s belt for the 2019 outdoor season, but for the heavy rock set, Wednesday’s upcoming Mastodon and Coheed and Cambria show at Express Live will surely be your best bet for a return to the outdoor portion of the venue so far this season.

Coheed and Cambria will be appearing in support of their recent album THE UNHEAVENLY CREATURES while Mastodon will throw it back ten years with a full album performance of their heavy rock classic Crack the Skye. As if that wasn’t enough reason to get down to Express Live early on Wednesday evening, raucous heavy hardcore act Every Time I Die will open the whole shebang.

If your Sonic Temple bangover is finally subsiding or you’re kicking off your summer outdoor concert season, this is a good one to get in the summertime mood. Personally, I can’t wait to hear Mastodon doing the full Crack the Skye performance again. I caught them performing it when the album was first released alongside Dethklok at the Express Live (then LC Pavilion) almost 10 years ago when I first moved to Columbus. There’s a lot of water under the bridge for both me and the band but the album has only grown better with time. See you there?

Coheed and Cambria with Mastodon and Every Time I Die perform Wednesday May 29th at Express Live Outdoors. Tickets are available through Ticketmaster.com and the Box Office as per usual. 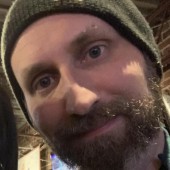